Where  the journey begins:

5:00 AM, time to awake and get ready for yet another  unforgettable off-road journey. Last minute changes to the rendezvous point, a back tyre change, a cup of coffee and we are on our way. The “plan”: start the off-road journey in Alberton and work our way to Parys in the Freestate for those of you who wondered.

Two minutes into the trip and Cobus landed up with a piece of barbwire stuck in his sprocket, surely not because he tries to go off-road with his roadtype tyres. Another two minutes pass and we hit yet another snag, we either need to turn around and ride back 300 meters or ride through a little stream to avoid the field of mud, Pieter decided to lead the way through the stream, only to be left with a mud muddle in his pants, no joke, as the stream turned into a motorcycle swallowing mud hole. I decided to show the guys how it is done only to find myself with a mud puddle in my pants, not only did we try to pull out the BMW using a KTM, Samaritan cyclers decided to call their 4X4 buddy to come and help us, luckily after a few minutes the guys managed to rip me out of the mud puddle. After 3km and one hour later we were back on track, for the next five minutes we had a smooth ride J.

What happened next was definitely unexpected, as I was coming around the corner all I could see was two KTM exhausts sticking out of the water and on the other side Pieter was emerging from the ice cold river, apparently a piece of the low-water bridge was washed away, according to Pieter’s recollection the bike stalled when he hit the concrete slab and that is why he took a dive. We had to push the KTM to dry land as Pieter was unable to bring his beast back to life. What happened next was amazing, Pieter lifted his KTM seat, we looked at one another in amazement, Pieter had a whole workshop under his seat, we almost thought he was going to pull out a spare motor. He started dis-assembling his bike and before long we determined that water has entered the motor. We tried taking out sparkplugs, removing exhaust drain plugs, nothing. Stefan was tasked to take Pieter back to go and collect his KTM recovery vehicle.

While laying around waiting  for the KTM recovery vehicle  Cobus and I bid hello to all the  fellow off-road riders passing by, one gentlemen stopped and asked if we had any insurance as he obviously noticed that we had bike trouble, he explained that he has insurance because anything could happen,  at the time we really couldn’t grasp as to why a guy would need insurance on an off-road bike, as he took off he lost his balance  and Cobus came to his rescue pushing him back to his equilibrium thus avoiding being  squashed. As the dust settled from the over confident rider we laughed and knew exactly why he had to have insurance on his off-road bike.

After loading the KTM on the trailer of the recovery vehicle, the BMW riders carried on with the journey, 13km and almost 3 hours later we were on our way to Parys, armed with only one” Zuma” GPS leading the way to Parys. With tears in our eyes we said goodbye to our fellow rider, not because the KTM would be missed but because Pieter was the only one who knew the way.

Without our tracker, we  were left to our own devices, we ended up in the middle of a township, driving through puddles of mud only to discover later that it was not mud. We arrived at our destination around 3:00PM, hungry and tired. Our next mission was to find a pub, we landed up at the O Restaurant, a neatly presented and tranquil environment set against the banks of the Vaal, this was surely no place for dirty/smelly bikers, hesitant to sit on their clean chairs but not having enough energy to stand around we seated ourselves like gentlemen; enjoyed our delicious meal and reflected back on a fun filled day. 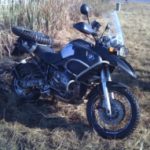 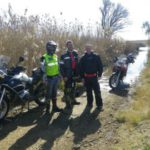 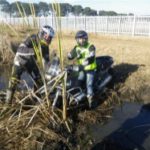 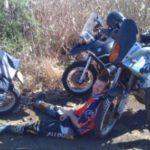 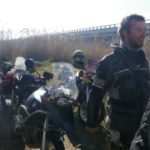 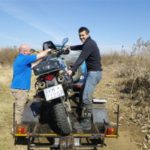 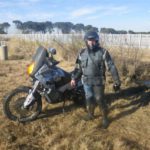 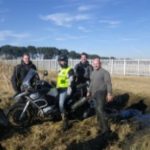 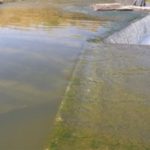 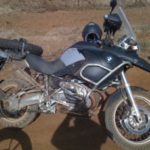 Your shopping cart is empty
Visit the shop 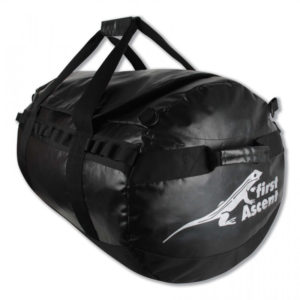 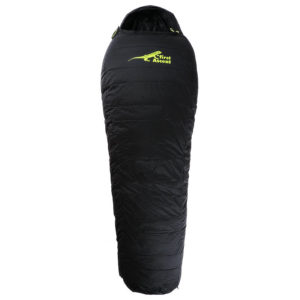 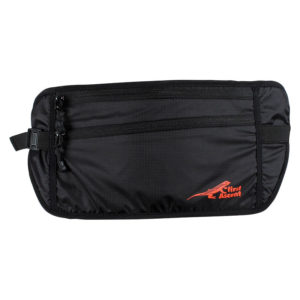 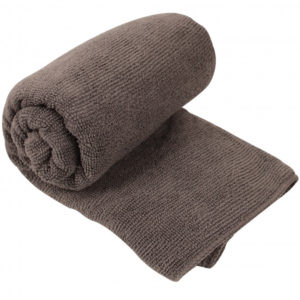